Elon Musk, the mastermind behind Tesla, has recently been accused of misappropriating a drawing of a unicorn farting into a funnel (and powering a car) and using it in his series of Telsa cars.

The author and creator of the now well-known ‘farting unicorn’ picture, Tom Edwards was initially thrilled when his drawing was tweeted by the Tesla CEO in February 2017. “Maybe my favorite mug ever” wrote Musk, which subsequently lead to a spike in sales of coffee mugs featuring Mr Edwards’ unicorn picture.

However upon learning that Mr Edwards’ farting unicorn image was also being used and integrated within Tesla’s operating system icons, Mr Edwards then wrote to Musk seeking credit and compensation, a request that Musk is now vigorously denying to provide, stating “he can sue for money if he wants, but that’s kinda lame. If anything, this attention increased his mug sales”.

This story highlights the recent increasing trend of IP infringement by large corporates and the need, especially in this case, for artists of logos being used as brands and indications of origin to obtain statutory trade mark protection at the earliest possible time.

(The unicorn shown is not the contentious unicorn in question... it's a totally different unicorn... dabbing... obviously)

“When I turned on my car this morning, Elon wished me a merry Christmas using a counterfeit Wally design,” 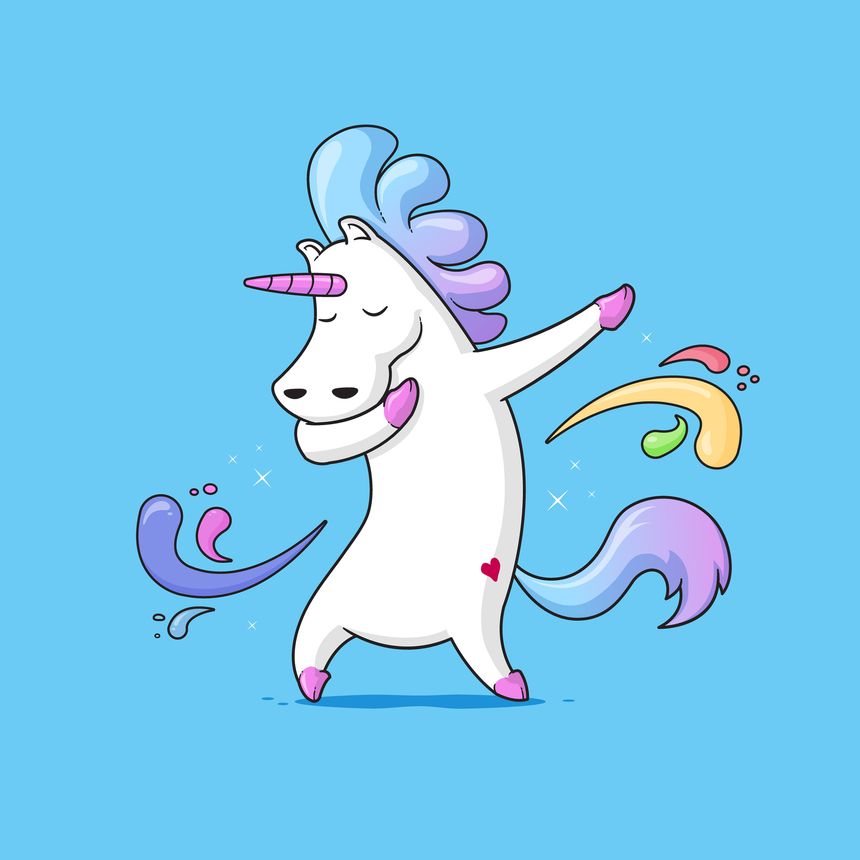