Today, the CBI (Confederation of British Industry) has reported that UK retail sales in June fell at the fastest annual pace since 2009. Brands which have graced our high streets for decades have started to disappear, and the elusive remedy has yet to be found.

However, the challenging landscape has seen many brands become increasingly creative as they seek new channels to drive growth, as the old channels decline, the race is on to find new and innovative ways to drive growth.

This week saw the launch of a joint campaign #UTPlayYourWorld -between Uniqlo, (the Japanese retailer with revenue exceeding $16 Billion last year), and TiKTok, (the world's leading destination for short-form mobile videos, with a demographic of Generation Z users - those born in the mid-1990s).

The campaign has taken a unique approach, with consumers encouraged to upload a video of themselves on TikTok wearing an outfit from the latest collection from Uniqlo, in return for a chance to appear on digital screens across all of Uniqlo's stores worldwide.

The aim?....To drive footfall towards its stores through the use of digital, by offering consumers their '15 seconds of fame'.

The word "addictive" has been frequently used to describe TikTok, whose average user session lasts about nine minutes, far ahead of rival social apps like Pinterest (5.3 minutes), Facebook (5 minutes) and Tumblr (4.1 minutes). This engagement rate combined with an effective user-generated marketing strategy, sounds(in theory) like a winning formula for any retail marketer seeking to target the younger population.

Since debuting two years ago, TikTok has been downloaded 950 million times and its parent company, Bytedance, is valued at over $75 Billion(yes bigger than Uber!). The main issue for TikTok has been monetising their content - this goes a long way towards solving that problem.

As many retailers seek to weather the storm by putting their growth plans on ice, will this give Uniqlo a counter-cyclical first mover advantage? Only time can tell.

We see a huge opportunity for brands to connect with today's generation and expand their reach by embracing the native, natural and creative form of content on TikTok,” said Masaki Nishida, vice president and Head of monetization for TikTok Japan 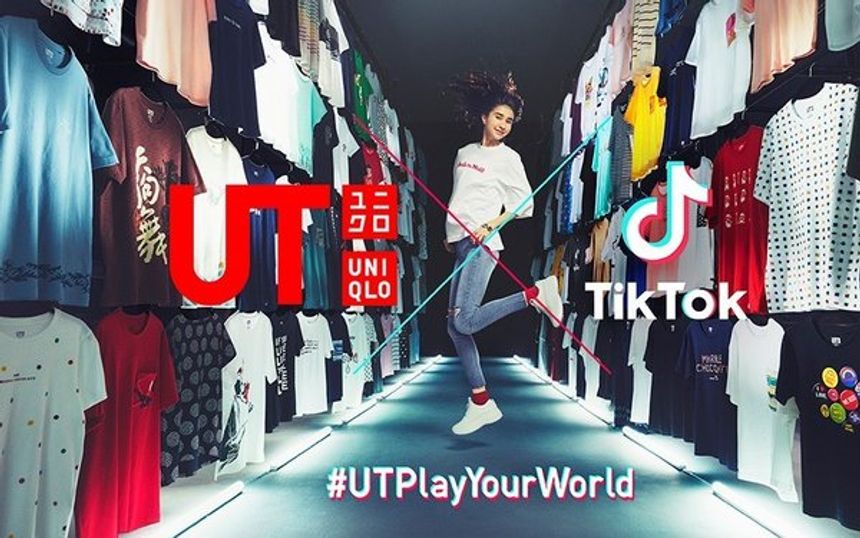