Fully driverless vehicles – they are certainly coming but when?  It's a little too early to say but one thing is clear: the current legal framework needs some 'driver attention'.

The Centre for Connected and Autonomous Vehicles asked the Law Commission of England and Wales and the Scottish Law Commission to review the legal framework for automated vehicles (AVs), as well as their role in public transport networks and on-demand passenger services. The Law Commissions have now issued a third consultation. The previous consultations covered safety assurance, liability and the regulation of remotely operated fleets of automated vehicles and their relationship with public transport.

The Law Commissions are also considering the legal issues arising around the boundary between self-driving vehicles and widely used driver assistance technologies such as adaptive lane control and emergency brake assist.  The Law Commissions are consulting on proposals for a new regulatory framework for AVs that is underpinned by robust incident investigation and enforced through a flexible range of regulatory powers.

The Law Commissions consider how regulation can support access to data required to make the safety assurance scheme work – vast of personal data need to be stored, location data will be key, and data needs to be shared with police and insurers, for example.  Any systems will need extremely robust data privacy policies.

The Law Commissions have proposed a two track system designed to ensure that vehicles are safe before they are deployed - manufacturers would choose whether to get type approval for the vehicle under an international framework or a new national scheme. This would be followed by a categorisation decision to establish whether the vehicle is self-driving for GB purposes, and how it can be used on British roads.

The proposed safety assurance scheme would include additional responsibilities and powers to ensure safety throughout the AV's lifetime. The scheme will regulate software updates, cybersecurity risks and updates to maps.

The Law Commissions have identified two major regulatory categories of AVs and have proposed that different rules apply for each.

Category-1 AVs might, for example, only drive themselves on the motorway and need a human to complete the rest of the trip. The human would be a driver while off the motorway but would be a user-in-charge while the vehicle was driving itself.  Users-in-charge would not be responsible for the driving but continue to have responsibilities such as insuring the vehicle, duties after an accident and ensuring children wear seat belts.

Category-2 AVs may be entirely remotely operated as part of a licensed fleet with a user classified as a passenger.  The vehicle fleets will need to be looked after by a licensed operator who will also have specific responsibilities, for example supervising their fleets and providing prompt support if they get stuck as well as maintaining them.

The Law Commissions say that categorising AVs according to their designed capabilities will help ensure that they are only used in the way intended, improving the safety of the technology.

Even the best designed AVs may cause collisions. The Law Commissions propose that when a self-driving vehicle is in operation the user-in-charge will not be criminally responsible for any accidents. The emphasis is proposed to be on resolving issues through regulatory action and learning for the future.  However, criminal offences would be appropriate for serious wrongdoing such as important information being omitted from a safety case.

So, the Law Commissions seek views on whether new corporate offences should be considered where wrongs by a developer of an automated driving system resulted in death or serious injury.

The Law Commissions also consider interference by a third party such as the current rules on tampering with a vehicle.

Enforcement of any new offences should be primarily the role of the safety assurance regulator but there would also be a role for the CPS, and the Procurator Fiscal in Scotland.

The consultation ends on 18 March 2021. The Commissions will use the feedback to create final recommendations for the regulatory framework for the safe deployment of automated vehicles in England, Wales and Scotland. The report is due in the final quarter of this year.  Together with the Government's plan to ensure all new car sales are electric from 2030, the UK is set to be in the driving seat for advancing technological transport change.

“Our proposed legal framework will ensure that this technology can be safely deployed, whilst the flexibility built into the rules and regulations will allow us to keep up with advances in the technology”. 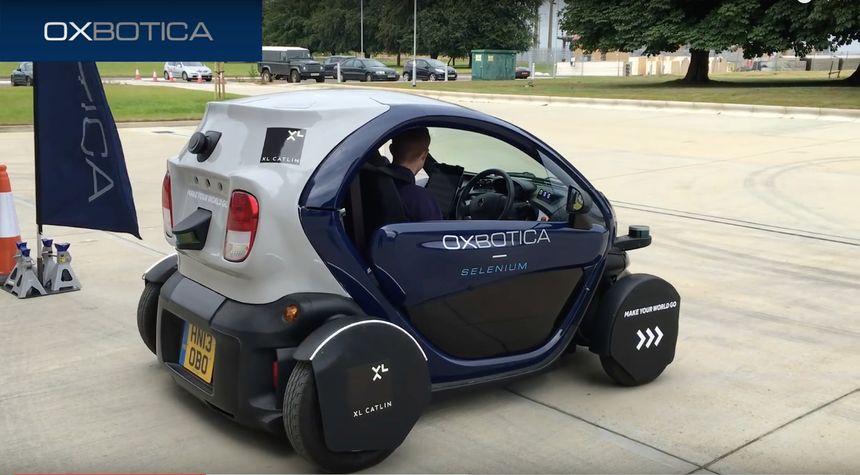