Turning a university project into a piece of software used and sold by an employer takes transferability of skills to new heights. The shift from private development of an idea, to a commercialised product sold by an employer can lead to complex problems. Whether an employee or an employer owns copyright in work created during employment is a highly fact-sensitive question, even more so when that product was initially developed before the employment commenced. This was certainly the case for Mr Penhallurick and employer, MD5, whose relationship breakdown resulted in a copyright claim. The key learning point is that, by discussing and agreeing formally the future ownership of intellectual property rights at the outset of any employment relationship, parties will be well placed to avoid bitter and costly disputes in the future.

The subject of the claim relates to a technique called ‘Virtual Forensic Computing’ or ‘VFC’. VFC enables the analysis of content stored on computers without the risk of corrupting or amending any of that content. VFC is of particular use in police investigations where maintaining the integrity of the computer data is of particular importance.

Mr Penhallurick began developing a VFC method for his Masters thesis which he argued he privately progressed over the following years to form a fully automated piece of software. He developed his work over a decade while employed by MD5. MD5 was aware of Mr Penhallurick’s VFC methodology early on in his employment and was keen to explore automating the method. From March 2007 onwards MD5 offered and sold the newly automated VFC software.

The case turned on whether the VFC automated software was developed within the course of Mr Penhallurick’s employment, or alternatively whether a November 2008 agreement assigned the copyright in the VFC to MD5. Ultimately, on both counts the conclusion of HHJ Hacon was that MD5 was the owner of the copyright.

Within the normal course of his duties?

They core question when considering if an employer owns copyright in a work created or worked on during employment is whether it was created in the course of their duties.

Mr Penhallurick was employed as a computer forensic analyst. Mr Penhallurick argued his work was limited to forensic computer investigations and consequential witness statements and court attendance. MD5 argued that the role was much more flexible. The reality was that regardless of formal role, by early 2007 a central task of Mr Penhallurick’s employment was developing the VFC software. The fact that Mr Penhallurick completed a lot of the coding work at home and on his own computer system, did not hold much weight given the nature of the work was clearly for the purpose of automating the VFC to be marketed by MD5. Therefore, for the purposes of s11 CPDA, the original VFC automated software and all subsequent versions and accompanying guides were created in the course of employment meaning was the first owner of the relevant works was MD5, not Mr Penhallurick as the author.

HHJ Hacon went on to consider the November 2008 agreement. The agreement set up an annual bonus payment for Mr Penhallurick tied to sales of VFC for his continuing contributions to VFC. MD5 were keen to formalise the ownership of VFC of given it was designed with a methodology formulated by Mr Penhallurick prior to his employment and Mr Penhallurick’s extensive subsequent involvement in development. This agreement left open ambiguities. One of Mr Penhallurick’s arguments was that the bonus was in fact a royalty paid as part of a licence, despite the fact that there was no mention of a licence elsewhere. Another surrounded whether “access code” should be interpreted to mean the VFC core software, or merely a discrete component. A final issue with the agreement was whether any future copyright was transferred. Despite these ambiguities, on balance HHJ Hacon found that the November 2008 agreement would have assigned current and future copyright, had it not already been owned by MD5.

One final aspect to be considered was the fact that Mr Penhallurick was identified as the owner and author on VFC software and user guides. Section 104 CDPA sets out that when named as an author on a literary work there is a presumption that the work was not created within the course of employment. However, this is a rebuttable presumption and HHJ Hacon found that on balance MD5 owned the copyright.

The decision, whilst specific to its facts, serves as a timely spotlight on managing employee development of copyright works in a time when the boundaries between home and work are particularly fluid and when, as a result, it can be difficult to oversee an employee’s activities. Mr Penhallurick was pivotal in the development of VFC, this was evident to all parties from early on in his employment. However, a lack of formalisation of the ownership of VFC software created by Mr Penhallurick left open a window whereby Mr Penhallurick fundamentally thought of himself as the owner – from conception to final version. Mr Penhallurick’s interpretation is understandable, given he dedicated substantial free time to the software development and the VFC methodology was designed during his time as a student. Ownership of copyright created in the course of employment can be fraught and needs effective formalisation, especially so where lines are blurred from the start.

Employers should, as MD5 did in this case, try to formalise the ownership of intellectual property created or used in the course of employment. A good employment contract is an excellent starting point, and could also address various other potential pitfalls in the employment relationship, such as use of confidential information and the scope of an employee’s duties for the employer: for example, whether ideas created in free time belong to the employee.

The fact that an employee does work at home is relevant to the question of whether the work is of a nature to fall within the scope of the duties for which he is paid but it may or may not carry much weight. 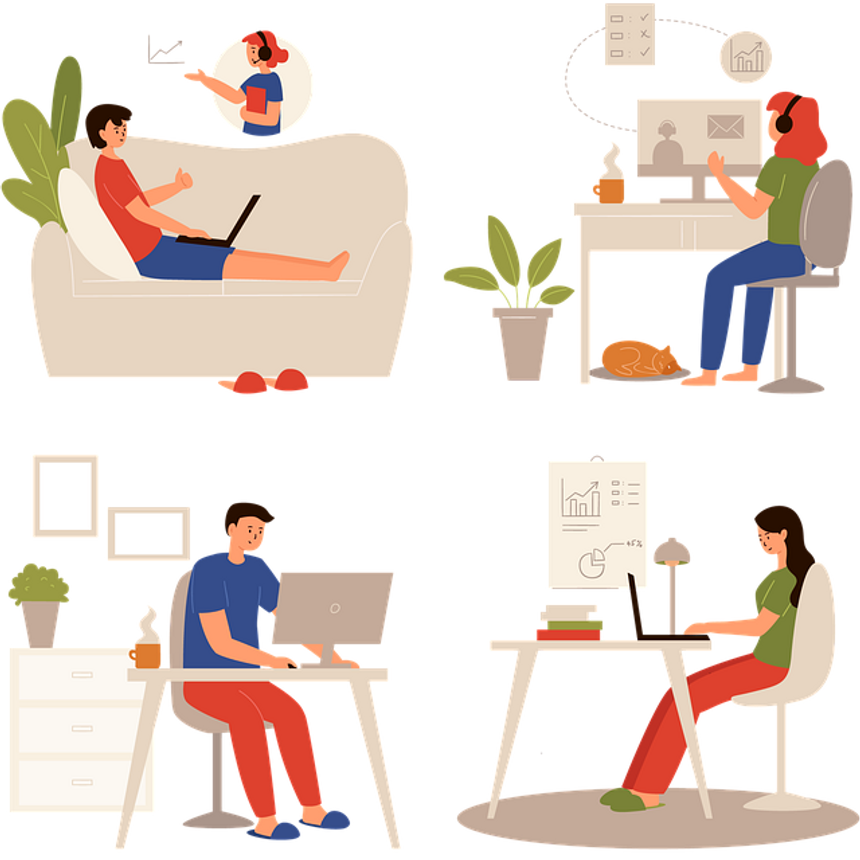 unknownx500
More posts by the authors